It was a night of thunderous approval at the Accra International Conference Centre when Zeinab from the Northern region was declared winner of the 2017 Ghana’s Most Beautiful (GMB 2017) reality show on TV3.

Teary Zeinab couldn’t believe the reality when it don on her, even though she stepped into the GMB house praying for this very day. And it happened in style, perhaps, beyond the expectation of 23-year-old Zeinab Abdul Mumin.

It has been a tough experience in this 13-week journey for the beauty queens, but entertaining, educative performances interspersed with pure creativity for their audiences.

The expedition began with 10 elegant ladies from each of the ten regions of Ghana to redefine African beauty .

But in the end, it was the gorgeous Zeinab who went home with the bragging right, dragging along the enviable and coveted Crown in an Erata Motors sponsored KIA Sportage, chauffered from Accra to the Northern region with GHS12,000 cash it as she gets ready to jet straight outta of Ghana to Dubai courtesy Kenya Airways. 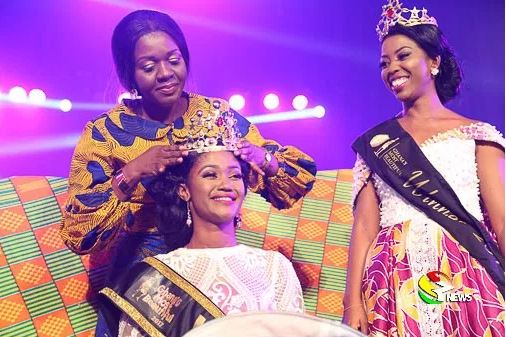 In addition to a GHS6,000 one year wardrobe from GTP. Zeinab shrugged off stiff competition from Nana, Baaba, and Serwaa who also put up scintillating performances on Sunday, November 19, 2017. 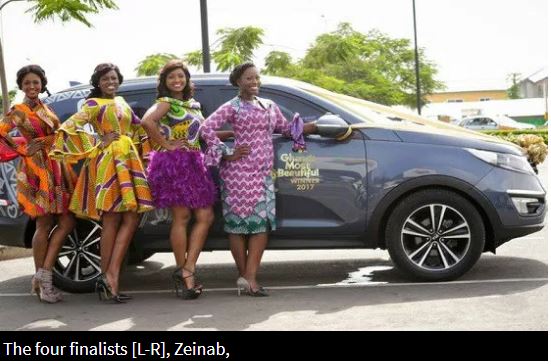 Helena Baaba Botchway, 26, who is the Central regional representative settled for the First Runner-up. Baaba did her best to wow the audience in successive weeks and got the judges to confess their admiration for her prowess, but missed the crown.

The third place or Second Runner-up went to Dorcas Asante Afful, 25, known on stage as Nana from the Western region with Ivy Serwaa Sefa- Boateng, 23, Eastern regional representative coming Forth at the grand finale.

The 1st, 2nd and 3rd runners-up took home GHS 8,000, GHS 6,000, GHS2,000 respectively The Legacy Edition winner of GMB 2016, Yaaba from the Western region passed on the baton to Zeinab with simply but challenging advice, “to whom much is given, much is expected”.

Zeinab is the second person to have been crowned winner of GMB after Nasara in 2009.

Below is the statistics of which region has won what since 2007: 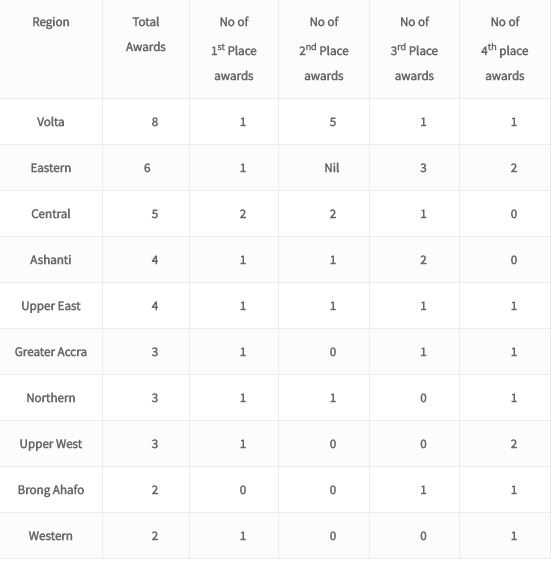 Accraweizo: Ghana Fam Trip, The Sanctuary, The Cruise and Other Things…