Christine Osei Kumi is a 23 year old Ghanaian lady who just completed her tertiary education but is already making a huge difference as far as helping the less privileged in society is concerned.

Having gotten the opportunity to study in a highly competitive school system in Canada, Christine has pledged to assist young women and children  back home in Ghana in any way that she can hence; Christy’s Hope Foundation.

Most people often wait to make it big and then give their quota back to society but here is a young lady willing to establish the literal meaning of charity begins at home.

According to Christy, the long-term goal of her organisation is to establish 50 shelters in 50 countries. These shelters she says will model as vocational institutions where homeless females are accommodated groomed and taught a trade after which they graduate and make a good living off the various vocations.

That seems like a long shot but the heights she has gone with charity even with the limited resources at her disposal shines a bright light on this dream.

So what has the foundation been able to do in less than a year of existence? 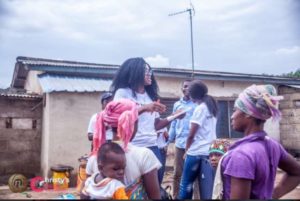 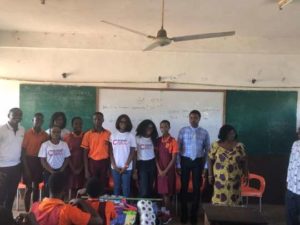 So what is Christy’s motivation?

When Christy was much younger, she saw her mother fend for orphaned children in her neighbourhood, North Kaneshie where she grew up. Her mother’s charitable nature left a deep imprint on her, she says.

Moving to study in Canada all by herself, Christy felt the loneliness that young women her age felt on the streets of Accra. Nobody to offer her immediate physical support and direction. The obligation she owed to herself and family back home in Ghana rested entirely on her young shoulders. The need to fulfil the responsibility of making the right decisions in faraway Canada dug deeper roots for her quest to help her counterparts in Ghana and beyond.

Christy’s Hope Foundation has a responsive website and very easy to donate steps. An avenue has been created for almost every mobile money platform and Paypal system for anybody who wants to support Christine’s dream of taking and keeping homeless young ladies and children off the street. A step worth the push.

Click on the links below to help Christine put smiles on the faces of numerous young women and children in Ghana, Canada and beyond by donating.

Year of return: Ghana slashes it’s visa on arrival into half

Aviation – Why FG should get Nigerian airlines off ‘unofficial blacklist’ – Onyema